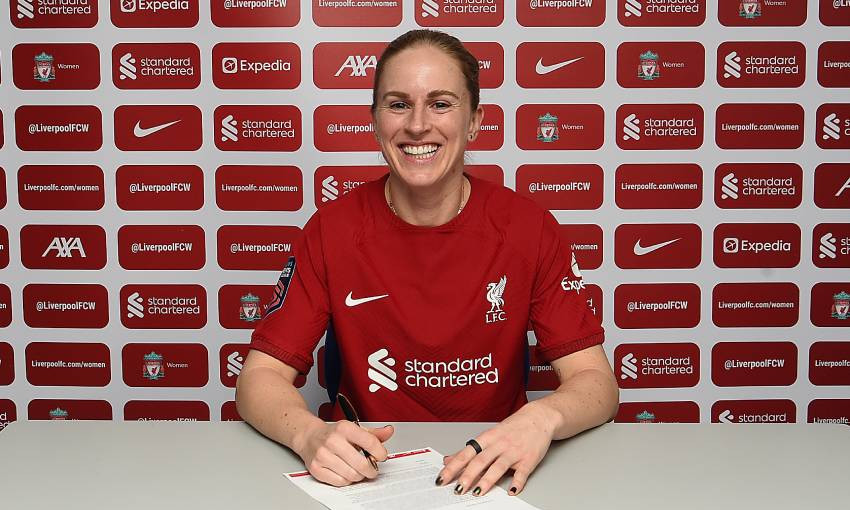 Liverpool FC Women are delighted to announce the signing of Natasha Dowie on loan from Reading.

The striker returns to the Reds for a second spell on a deal which runs until the end of the 2022-23 campaign.

She previously enjoyed a hugely successful three seasons with the club under current LFC Women manager Matt Beard from 2013 to 2015.

That period produced two Women’s Super League titles, with Dowie the division’s top scorer and FA Players’ Player of the Year in the first triumph.

In 2016, she followed Beard to the USA where she joined him at the Boston Breakers until it folded in 2018.

She made Melbourne Victory her next permanent home, helping them to a W-League Premiership title in her two years before a spell in Italy with AC Milan.

Dowie joined Reading in 2021, where she has continued to ply her trade in the English top flight.

Beard told Liverpoolfc.com: "I think the biggest thing for us is that Tats is a goalscorer. If you look at her record, it’s consistently a goal every other game throughout her career.

In total, Dowie scored 45 goals in 66 appearances for the Reds in her first spell, and she will be eligible for the league clash with Leicester City on February 12.

She said: "It’s been a surreal last couple of days and it’s all happened quite quickly, to be honest. But I’m over the moon to be back. This is my home and it’s where I’ve had such great memories – the best memories of my football career, winning the league here.

"I’m just really excited for the next four months. I'm on loan from Reading but I just really want to help Liverpool get up the table as much as I can and be involved."

Dowie was warmly welcomed to The Campus training ground by some old teammates and members of staff, as she collected the No.29 shirt that she will wear in this spell.

"It was great to see everyone’s faces this morning, it just feels like yesterday I was here," the 34-year-old continued.

"I’m a player that wants to feel involved and be involved. I’ve scored goals throughout my entire career. The girls have been doing well here and Katie Stengel is having an amazing season, but I want to add some experience, some knowledge. I’ve travelled, I've played in six or seven different countries, and I've won things.

"I've worked with Beardy as well and he is someone who knows how to get the best out of me.

"I’m here for four months and who knows what the future holds? For me, I just want to be a positive player, really help the girls, lift the girls, and hopefully score some goals.

"It's so nice to be wearing the Liverpool shirt again."

Scroll to the top